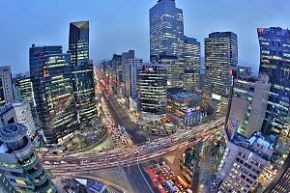 Okay.  You’re new to Seoul.  Want to experience the nightlife but you don’t know where to go. Well, the first good decision you made was coming to this blog. The second will be following this list. I lived in Korea for one year and still have many friends that still live there.  One of ESL ASIA’s reps let me in on what are the “5 BEST NIGHTCLUBS IN SEOUL”.  Here you go……………

Club MASS, standing at the peak of Seoul’s night out, is the oasis to those craving complete freedom and craziness. The facility, which is located in the swanky Gangnam area of Seoul, is a place for people with boundless energy. It is one of the most popular clubs in the area and world famous DJ’s regularly spin @ MASS on the regular. Most patrons drink a lot and dance well into the night. Best time to go is from 1am to 3am.

Club Answer, a monument located on the ritzy Cheong-dam district strip, has dominated the electro scene in Seoul for the past few years with the likes of heavyweight acts such as Justice, Deadmau5 and Benny Benassi.

Probably the best club in Seoul for hip hop, there will be plenty of foreigners so head here if you’re dying for some conversation and music in your native language. Staple on the Seoul Nightlife scene since the mid 2000s. There are two locations, one in Hongdae (University area, younger crowd) and one in Kangnam (Older crowd, way more crowded).

The 200-capacity CAKESHOP is located in one of the oldest buildings in Seoul, and is well-known  for its history as an illegal strip club in the foreign friendly region of Itaewon. Cakeshop Club is open every week from Thursday to Sunday nights.

Octagon’s trying to stand out from the other main clubs. They probably have the best sound system in Seoul and they even have a large pool inside the club, where hired dancers perform on certain events. It is not as segmented or massive as Club Ellui, but it is noticeably bigger than Club Answer.

Welcome. This site is dedicated to people who live, breathe and appreciate Expat Life. I’ve lived in Japan, South Korea, Taiwan and Mainland China over the last 5 years. Recently, I've been getting a lot of emails from friends and friends of friends asking me the differences between the four main stops for expats in Asia. Living overseas is quite a daunting experience. As jobs become more scarce in North America, more recent graduates and working professionals will be opting to work in Asia. I have seen or experienced nearly every possible scenario you can have living in Asia and I would like to share my knowledge and experience with the rest of the world. 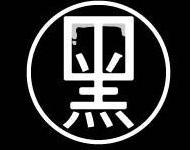